As we discussed about multiple component of a character driver. If we put all component together our code looks like below image and save this code as a file name “hello.c” 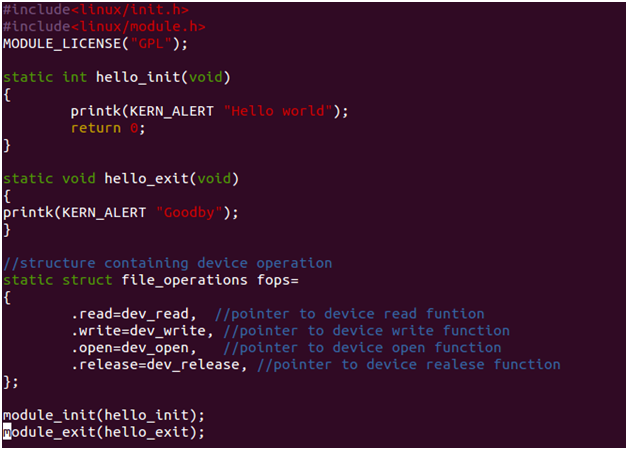 we can also build our character driver separately. For that we need to write Makefile which will build our “.c” file. Below is the example of Makefile.

put both “test.c” and Makefile in a single directory. Go to the same directory and give make command to build

after building driver as an output we get “test.ko” in same directory.

now next task is to load our driver in current running kernel in your machine. We can do this work by insmod commend.

when we insert driver by using insmod then hello_init function of driver will get called and print “hello world” in kernel logs.

we can remove driver by rmmod command.

we can see kernel logs by issuing dmesg command.