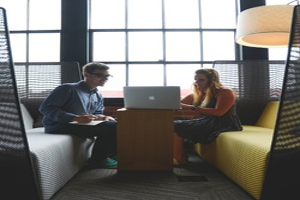 1) How to manipulate the current process states?

2) What are kernel thread?

3) How threads are implemented in linux kernel?

In Linux there is no special provision for thread . In Linux thread is a process which actual share some resources with other process . Every thread has a unique task_struct.creating threadThread also created by using the clone sys call except some flags for sharing the data like file system , signal handler,open files also set. Flags are used to specify that which resources are shared between parent and child process or thread.E.g  clone(CLONE_VM | CLONE_FS | CLONE_FILES | CLONE_SIGHAND, 0);

4) What are different states of a process in linux?

In linux a process can be in one of the following state.

1) TASK_RUNNING :-  This state specify that process is either running or in ready state and waiting in runqueue .

2) TASK_INTRUPTTIBLE:- This condition states that the task is in sleeping state and waiting for some event to occur. When this condition occurs task comes in TASK_RUNNING state.

3) TASK_UNINTRRUPTIBLE:- This state is similar as previous state but in this state process does not wait for any event to occur.

4)_TASK_TRACED:- The process is getting traced by another process , such as a debugger.

5) What is difference between process and thread?

6) Generally what resources are shared between threads?

Threads can share lots of things . Some of the most shared resources are file system information , open files , signal handlers , Address space etc.

7) What is process descriptor?

The task_struct is a large data structure around 1.7 Kb on a 32 bit machine. This structure maintain all the information about a process. This structure contains info like signals, files ,stack ,state and much more as we can see below picture. Read more about task_struct

9) What is therad_info structure for ?

10) What was the need of thread_info structure?

The task_struct is a large data structure around 1.7 Kb on a 32 bit machine and kernel stack is either 4KB or 8KB . Hence the task of storing structure of 1.7 kb is very much difficult . So kernel introduced concept of thread_info ,which is very much slimmer than task_thread and just points to task_struct structure.

The vfork() system calls has the same effect as fork() except that the page table entries of the parent process are not copied . Instead the child executes as a sole in the parents address space, and the parent is blocked until the child either call exec() or exits.

Normally process runs in user space but when a program calls a syscall or triggers an exception then it enter into the kernel-space at that time kernel is said to be executed on behalf of process and in other word kernel is in process context.

13) What is zombie process?

Process which is dead and completed its execution but still it had an entry in process table is called zombie process.

14) How parent less process is handles in linux ?

If a parents exist before its children then child process are re-parented to another process in same thread group or , if that fails , then init process. 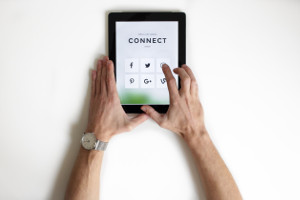